Mount Rinjani is the second highest volcano in Indonesia after mount Kerinci on Sumatra. A Mount Rinjani trekking tour is not for novice hikers or casual travellers, good stamina is needed and exercise before climbing.

At 3,726 metres above sea level, Mount Rinjani looms large over the entire island of Lombok in Indonesia. It is this power that draws hundreds of intrepid climbers to Rinjani every day.

There are several routes on Rinjani. The three main routes are the following: from Sembalun Lawang on the eastern side, from Senaru on the northern side and from the Torean trekking route on the middle side of the mountain.

Trekking route through savanna meadows with gentle winds, with climbs and descents that will be encountered along the Sembalun route.

The rugged hills and stunning views help relieve fatigue, unlike the covered tropical rainforest on the Senaru route. From POS 2 to POS 3, climbing is still manageable. The challenge for the Sembalun route is from POS 3 to POS Extra, because the uphill slope can sometimes be 50 degrees.

This route offers a cool hiking trail. The first part of the journey is through the tropical rainforest. Watch and listen to langurs, or black monkeys, swinging through the trees in the early morning hours.

New trekking route from Torean village 40 minutes from Senaru village, West Lombok. The Torean trekking route is very popular for trekkers who want to go straight to the lake on the same day.

The path is flatter than the Senaru or Sembalun trails, but the trekking path is longer than other trekking routes. The total journey takes about 9 hours, from the starting point to the lake camp area. The trails are great and fantastic

An EPIC EDUCATION, using travel and technology as teachers
BYERS WITHOUT BORDERS - Discovering the limits of family adventure

Our review in Google 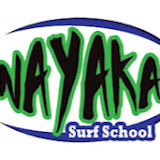